Tay Titans was founded in September 2009 aimed at young people up to the age of 16. The Club has grown and evolved significantly in the interim, with a consistently strong membership and competitive success at local and national level. It is a requirement of a progressive, long term strategy for Club development to uphold a Mission Statement, and to revise it in accordance with the Club’s natural evolution.

Tay Titans Cycling Club has its own constitution governing the rules under which it operates. This includes policies on Discrimination & Equal Opportunities and Child Protection

The Club holds an Annual General Meeting early each year and has an elected Committee including Chair, Secretary, Treasurer, Welfare Officer and Lead Coach. Regular coaching and committee meetings are held throughout the year.

The Club is affiliated to Scottish Cycling as its governing body and has Go-Ride accreditation.

The Mission Statement of the club is:

“To enhance children’s fitness and well-being through cycle sports,
and to champion Attitudes, Skills and Opportunities fundamental to both progression and success in competitive cycling.” 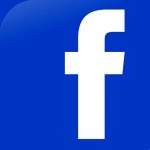